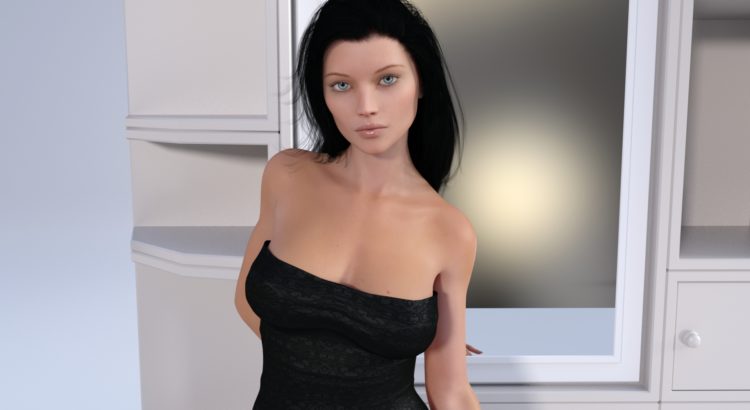 First of all, thank you to everyone who voted for something in the last blog post. I think I have a better idea now for what I could be doing later in the year.

Although the idea of using ren’py is popular, I’m a little concerned that that it may cut too many people off from playing the game. Making a game that not as many people are into is one thing, but they they can still try it. Ren’py sounds like it would be problematic for people on iOS, and those with slower internet connections.

I’m still willing to use Ren’py, but currently, I’m preferring the idea of upgrading the current engine I use. I’m guessing that people like Ren’py because of the save feature? Or is it the sound? Those are both things which I could implement.

No poll for this one. Just let me know what you like about Ren’py in the comments below and I may do a poll regarding it in the future.

I’m working on a character I’d quite like to use.

This is actually a repurposed model from a while ago when I was considering re-rendering Leanna. I still like Leanna as she is, but she was my first Genesis3/IRAY character and some of the morphs are a little extreme. So, this was my attempt at creating a slightly more realistic version of her. 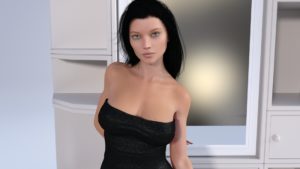 I guess, she could be Leanna’s cousin or something like that. I still have work to do on her until I’m fully happy.

Sukiko was fun to make, but it was kinda just a collection of leftover ideas from some of my previous games. Whatever my next game is, I feel it needs to be significantly different to the last few.

One thing that has got me thinking is the idea of a ‘corruption’ game as I mention last time. It might be fun to do at least once, even if it does get a bit ‘hard’ at times. I still don’t want to do anything too psycho. No slaves or rape or anything like that.

Keeping that in mind, what kind of setups would you be interested in seeing the above character in? Rate the ones below.

This isn’t a competition, the one with the highest vote won’t ‘win’, I just want to gauge some views. I’ll add the scores together like I did for the character playoffs last year (ie, one 5 rating equals 5 points etc, then add all point together).

The woman is running for mayor in a medium sized town. She’s run an honest campaign so far, but is loosing in the polls. However, she discovers that she may be able to gain votes in exchange for sexual favors.

You can stick to your honest campaign, or do whatever it takes to win. How far will she go?

The same medium sized rural town again, but this time she is a rich business owner. 3 years ago, she came to town declaring that she would soon ‘own it’. Now she controls nearly every business there and is forcing the town into poverty in order to make herself richer. Everyone hates her.

One day, the citizens rebel and force her out of her own business. Her phone is taken away. Every business refuses to serve her. She needs to escape the town and make it back to the big city. What kind of things is she willing to do to escape? How far will she go for money, transport, a place to sleep, or even just a few dollars for a meal?

Those of you who have followed this blog for enough years might remember that the quiz segment of Leanna was inspired by an episode of American Dad. Well, I’ve found some inspiration from another episode – The Missing Kink. In this episode, Stan discovers that he has a repressed kinky side and goes wild exploring every kink he can now find.

This could work as a game premise too. The woman has repressed her sexual nature since a disastrous sexual encounter when she was 18. Now in her mid-30s, a seemingly chance moment reawakens the naughty side of her and slowly begins to consume her every action.

And a mini face-off.

That’s all for today (unless I think of another scenario).

Next post will be Friday, April 2nd, when I will post the scores from these polls, and I will be releasing the next game for free, which will be me Molly and Marianna.