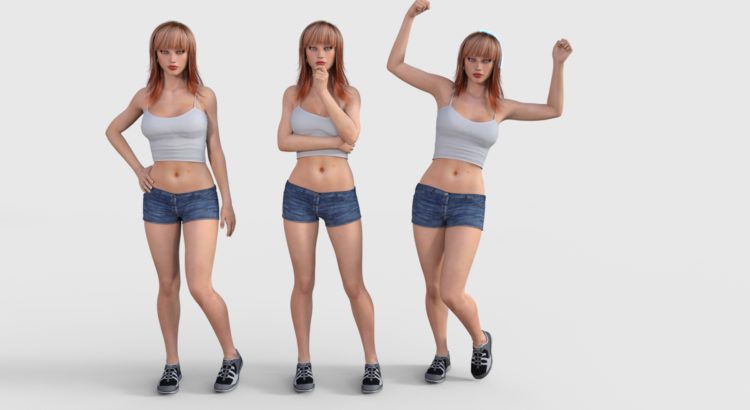 I need a second woman for Crystal Part 3. I have this subplot planned where both her and Crystal both entered a swimming competition (maybe the Olympics?), but she had to drop out due to a small injury.

To make her feel better, Crystal suggested she be the coach. The problem is that the other woman is now taking the training way too far and straining their friendship.

So, inspired by a recent blog comment, I thought – why not try and make it Erica?

It makes sense. They’ve both been previously established as working together, and they’re both into their fitness.

So, I’ve tried converting Erica to the G3 base. 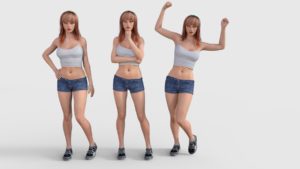 She’s not finished yet. Sadly, she’s not converting as easily as Maddison, but I think I can get there.

Whereas I really want to do a slightly newer look for Crystal, I’m fine with just upgrading Erica as she is. Original Crystal was just the V4 base model, but by the time I made Erica I had learned how to use morphs correctly.

I’m just going to continue the poll from last week in order to get a more complete set of stats. 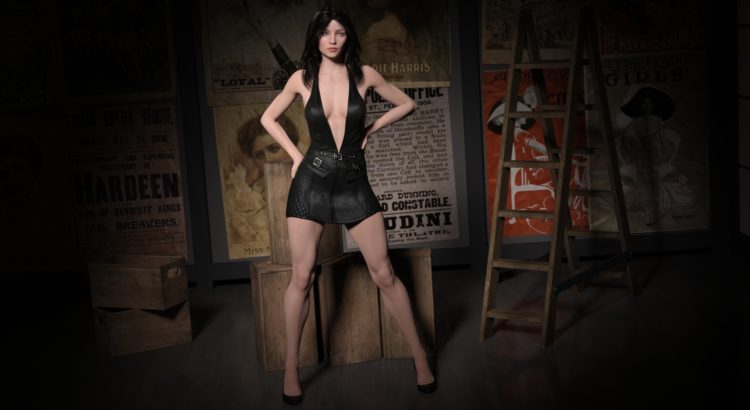 So, what have we got to update today?

The completed/expanded version is on it’s way. Oddly, it doesn’t actually required that much work from me as most of the scenes are setup already.

What it does take is a lot of rendering time.

Did some further redrafts of my new Crystal model. 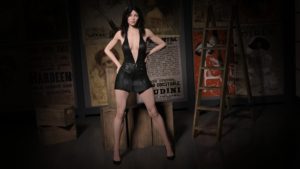 I’m getting even happier with her (though I think I need to tone down the leg muscles a bit).

No new news yet, sorry.

Since Crystal Part 3 will have an emphasis on exploring the city, which locations would you like to see (Though I think I can guess what the most popular will be)?

If you have any ideas of you own and I like them, feel free to suggest them below and I’ll add them.