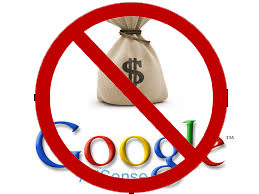 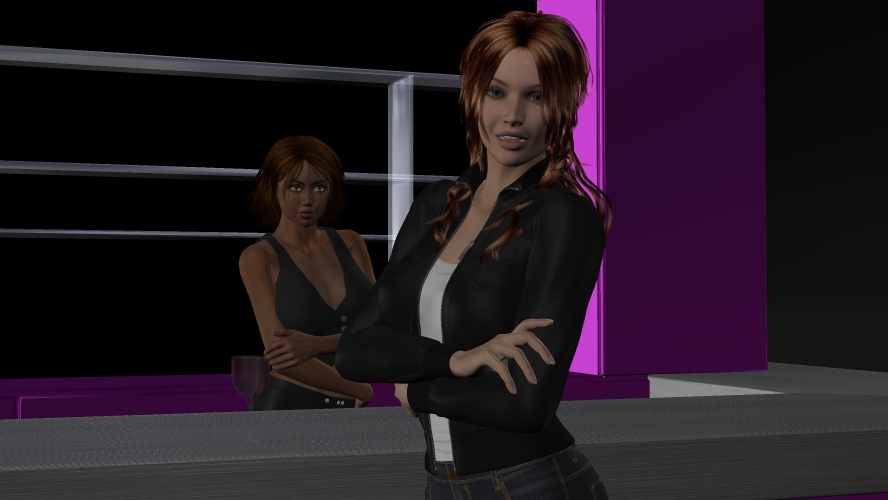 It’s finally time for some details on the next game, Jennifer.

Here’s a little recap for those of you who aren’t familiar with Jennifer’s history :

– the amount of time it takes to render something

– the amount of time it takes to build an animated scene

i think I would have given up on trying to do an animated game a while ago if it weren’t for the fact that I paid someone to do the voice acting (and deliver the lines) back when I started planning it. I have over 300 voiced Jennifer lines on a folder on my desktop.

So, in order to finally get the Jennifer game made, I think I’ve finally decided on a good system. Here are the details…

Jennifer will mainly use images, not animated movies. I still want to use some movies though, so there will be flv videos for certain parts of the game. These will be completely optional though. There will be an option at the start asking whether you want to view the videos or not. If you choose no, instead a sequence of images will appear which you click through to see what happens.

So, basically, I’m replacing when you would usually see something like a moving gif in the games with a 30 second or so movie, but with the option of just viewing regular images instead if you wish.

Each image will also play the corresponding mp3, though there will also be a similar option to the video, where you can have no sound playing at all.

Overall, I’m happy with this way of doing it. It means everyone can play, and those who want to turn off the new features can do so.

Since so much on this game has already been done, i’m expecting production to be a little quicker than normal. Monday, August 26th seems about right for a release date, but I’ll announce something more official closer to the time. 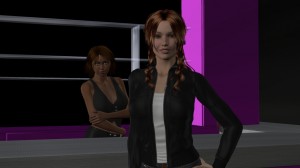 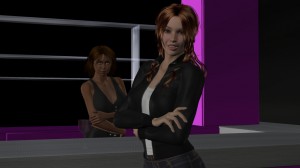 Finally, it’s time to get back to normality on this site!

The site has now moved to a completely new company, which should eliminate and traffic and bandwidth issues players may have been experiencing previously.

As some of you have already noticed, there is also a new system for the paypal store. Everything is now hosted through ejunkie and no one has reported a problem so far. If you’ve been unable to make a paypal purchase before, go ahead and try it. Hopefully everything should be pretty painless for you now.

As for the details of the next game, I will stick to the plan of giving those details on Friday. I’ll be making a new blog post then with plenty of images and details of Jennifer.