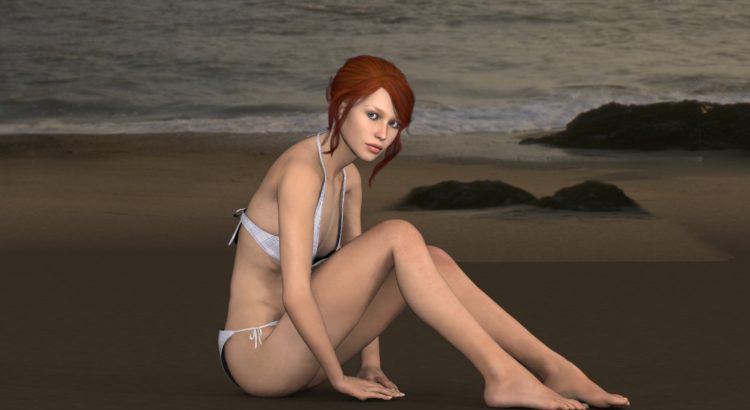 Still no news from dsp3000 as of yet (to the point that I’m starting to get a little worried he’s OK), so I shall simply persevere this week with more info about my next game.

Time for a name description of one of the new characters I’m introducing. 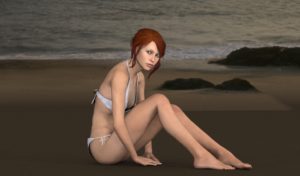 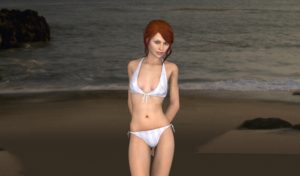 Currently, she is Mia’s assistant (Mia being the new owner of the company following Mr. Hughes death). I’m thinking about giving her a different role though. I feel like I’m always just appointing assistants to stick another female character in the plot (Kristen was Leanna’s assistant. Carol was Mr. Hughes). I’d like to do something a little more original.

Many of my characters body types are typically fairly similar (or at least fall into a few categories). I’ve been determined for a while to have a short, very thing woman with small breasts for variety, and this is her.

Some of you may be finding something familiar about her. Remember last year when I considered dropping rendering Leanna in IRAY? I made a version of her for Poser? Well, this is the heavily altered same model, so if you can see a little of Leanna in her face, that’s why.

Those of you who follow my twitter will have noticed I’ve added some Maddison images this week. I decided to update both Poser and daz studio. For daz, I actually did a full clean install as there’s been a few issues for a while I though it would solve.

There is a plugin I’ve had for some time which allows you to convert your characters between ‘generation 4’, Which is what Maddison/Lisette/Crystal etc normally are, to Genesis 3, which is what Leanna and co are. Mortze already successfully used it to convert his characters such as Miranda and Chloe to Genesis 3. I’ve had trouble getting it to work previously, but now, thanks to this clean install, it works!

I can now convert most of my characters to Genesis 3 and easily render them in IRAY. 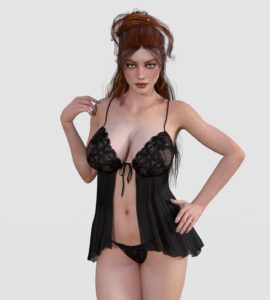 So, of course this opens up lots of choices and options for me. Photographer 3 rendered in Poser needs to happen next. I just don’t have enough spare time to create anything in IRAY over the summer. But what about the next game?

I could have Maddison and Lisette, as Genesis 3 characters rendered in IRAY in a later game. Or I could just use it to convert Crystal for Crystal Part 3 (whenever I do that).

The pitch : Drop Maddison and Lisette from Photographer 3. Give them their own joint game later in the year, or next year.

– It makes Photographer part 3 easier for me, and it should be finished a little quicker.

– Neither Maddison or Lisette will simply be a side character like they would be in Photographer 3.

– You’ll have to wait longer for more Maddison and Lisette.

– It’ll mean yet another game added to my ‘to do’ pile’, which I’m really not keen on. Poor Molly’s been in the queue for 18th Months now.

Disclaimer : I am not legally bound by the results of this poll.