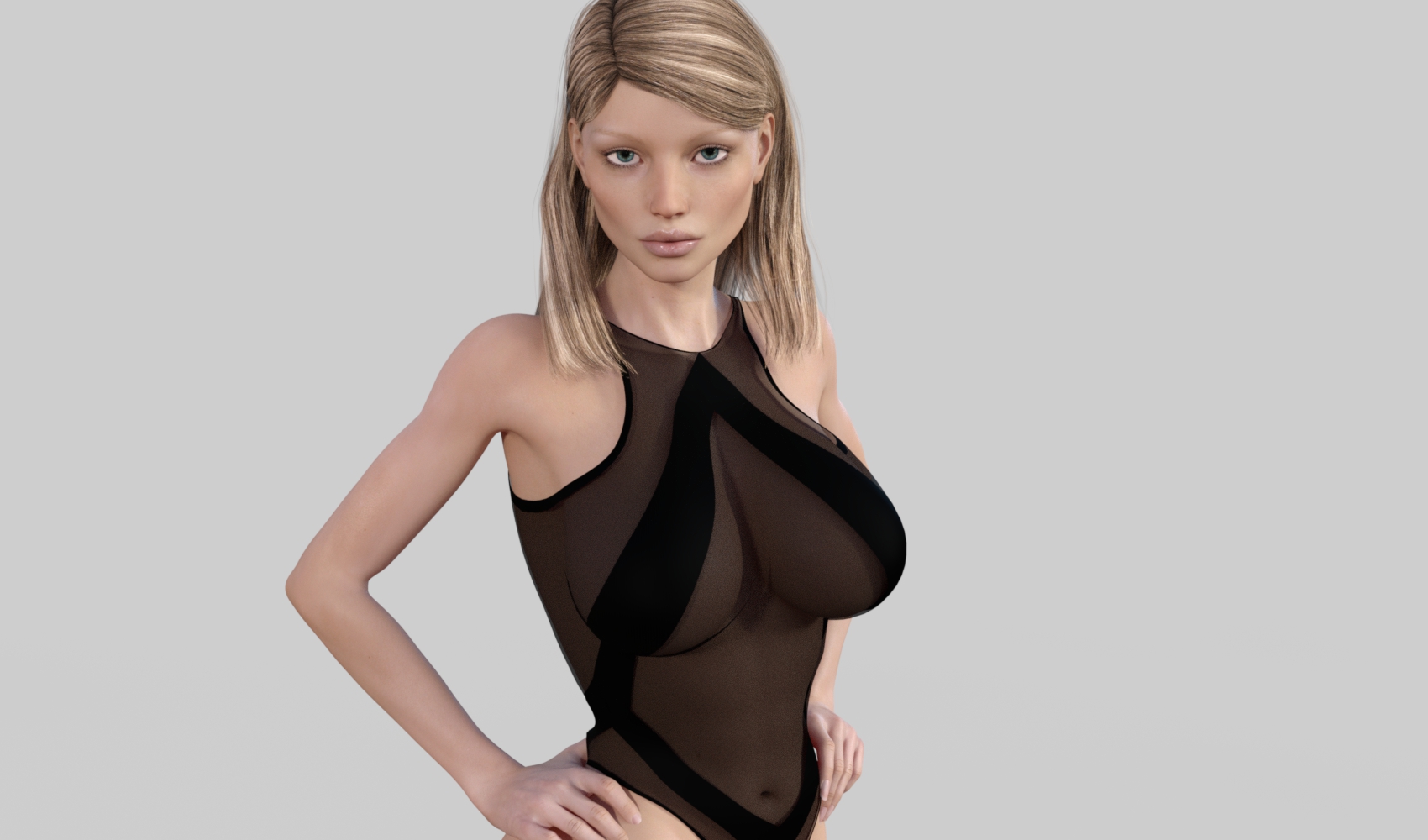 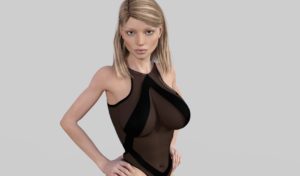 I just want to do a small post today to address the poll from Thursday’s update.

The poll regarded whether or not players would be interested in a sex scene involving the player, but also involving another man or men sharing Leanna. Initially, no one really liked this, but once I explained the reasoning behind it, there were several people who warmed to the idea and wanted to change their vote. So, I’m going to explain the ‘why’ more fully and give the voting options again.

In Leanna, karma is going to be a an important factor. At the start of the game, Leanna’s karma will be fairly poor, but through your interactions you can improve it. You can encourage her to be nicer to people or more charitable when given a choice. This can result in a ‘nice’ end where Leanna becomes a much nicer person with very good karma.

However, if you wish, you can make Leanna’s karma even worse by encouraging her to be selfish and nasty whenever possible.

What exactly does ‘evil sex’ look like? I’m not willing to do anything too nasty or extreme – no rape, no torture. So, what are my options?

Another scenario I’m considering is breaking into a church and having sex on the altar. Not too sure this works well though. It kinda suggests I’m making her the Antichrist rather than just someone with low karma. Also, if you’re an atheist, it may not be the big of a deal, and if you’re religious, it may be too much for you.

One more resent idea I’ve had is a sort or rampage across the city. Leanna brings a video camera from the studio and pays/bribes various minor characters from the story to have sex with you while she films it. Would include characters like an attractive, but very scruffy homeless woman she interviews earlier in the game. I think that has an appropriate level of ‘messed up’ to it. My reservation is that it might require a lot or work – it would be several scenes in different locations, which means creating more sets, characters etc.

So, this is why I’ve been talking about a b/b/g scene (that’s boy+boy+girl), or possibly a b/b/b/b/g (that’s 4 guys all having sex with her). It would make sense to me for the low karma ending. Rather than just being satisfied with you or her friend Kristen, Leanna invites a group of guys to her apartment and makes you watch them all having sex with her (or possibly just one extra guy).

It wouldn’t be something you see unless you aim to make her have low karma, so you can avoid it if desired by just encouraging her to be nice.

So, keeping that all in mind, would you be interested in a sex scene with an extra guy, or a group of them?

Or, did you particularity like any of the other ideas I mentioned?

Normally I don’t like to crowdsource ideas for these things, but I really am a little stuck on this one, and I don’t want to proceed too far into making the game until I decide where it’s going.

If you particularly liked any of the other ideas I mentioned above, please say so. Also, if you have any ideas of your own about what a low karma ending could entail, please leave a comment describing it below. If there’s enough interest in the other setups, or I really like your idea, I may add an extra poll.